Ten years is a long time to have a dream in the making. 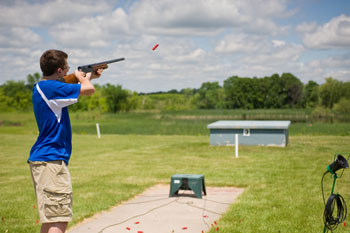 St. Croix Central High School agriculture teacher and FFA advisor Bill Emery has wanted to start a sporting clay team for 10 years. That goal is about to become a reality.

Fourteen students have signed up for the sporting clay league and there are a couple more waiting in the wings, Emery said.

Last Thursday, March 6, Emery hosted a meeting for students interested in signing up for the team. Registration is open until March 15.

Emery and another teacher headed up a trap shooting team when he taught at Auburndale in central Wisconsin. Since he started at SCC 10 years ago, he has wanted to start a team here. 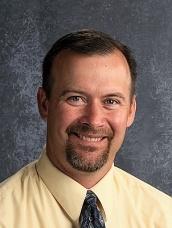 “No. 1, kids like to do it,” Emery said. “No. 2, it’s a healthy, family friendly activity kids can do for entertainment opposed to getting distracted by other things that aren’t safe.”

Emery describes himself as an outdoor adventurer who takes a lot of trips, some with his FFA kids. He has taken his FFA students to Glacier National Park and is planning a trip to the Grand Canyon next year.

“I’ve asked my classes every year if kids are interested,” Emery said. “There always has been, but I needed parent volunteers too.”

The WSHSCTL is an offshoot of the USA High School Clay Target League, which is a nonprofit 501(c)(3) organization dedicated to providing shooting sports as an extracurricular coed activity to students in grades six through 12 who have their Hunter Education Certification.

“They are required to have their hunter’s safety class done,” Emery said. “There is some level of training required. Safety is a No. 1 priority.”

The Wisconsin State Director for the league is Cory Brathol, an SCC alumni who teaches health and physical education in the Ellsworth Community School District.

Once a week, the team will shoot at a local shooting range club. Emery hopes to get permission from the River Falls Sportsmen’s Club on Rifle Range Road near County Road M. They will shoot 50 rounds each and their scores will be recorded online.

According to the website wiclaytarget.com, this is how the process goes:

“Upon a start command from the scorekeeper, each shooter, in turn, will:

• Clearly call “pull” or some other command for the target.

• Shoot at the target.

• Scorekeeper does not comment when a target is hit.

• Scorekeeper will say “lost” out loud when a target is missed.

• Wait for next turn.

A shooter may close the gun only after the previous shooter has completed his/her turn. No shooter will turn from the shooting station before the shooter’s gun is open and empty. Each shooter should begin his/her turn within a few seconds after the last shooter has fired at a target and the result has been recorded. At the end of each round, the scorekeeper announces the scores for that round in firing order.”

The season will go from the end of March until the end of May. Conference awards will be given, as well as team championships. Emery said a state tournament will be held in late May or early June somewhere in central Wisconsin.

Emery, who is the administrator of the SCC league, said three to four parent volunteers will assist the team each week at the range, including a parent who is a retired professor from UW-Stout.

Emery said the team is co-ed and will use either 12-gauge or 20-gauge shotguns they bring from home. Absolutely no guns will be brought to the school. All shooting will take place at the range.

SCC principal Glenn Webb has been supportive of the league, Emery said, as well as the parents.