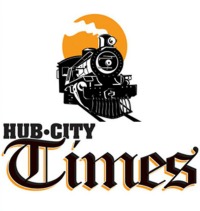 Not a traditional high school sport by any stretch of the imagination, but students in record numbers are turning out with their shotguns and competing with others across the state. Open to students in sixth through 12th grade who have earned a league-approved firearms safety certificate, the USA Clay Target League is a nonprofit organization that facilitates state target shooting competition.

From the website wiclaytarget.com: “The purpose of the Wisconsin State High School Clay Target League is to attract students to participate in shooting sports while creating friendly competition among high schools throughout Wisconsin. … The (league) provides a safe, comfortable, and positive team environment that enhances a student athlete’s character and personal growth through safe, educational, and socially acceptable involvement in shooting sports.”

Clay target shooting is a team sport and emphasizes safe firearms handling. Students compete “virtually” against other teams, meaning that they shoot at their local gun club, and then scores are posted and compared. Teams do not have to travel to compete against each other. Student athletes must meet their school’s standards to be eligible to participate, just like any other sport.

Currently, there are 65 teams across the state. Unfortunately for our local students, none of them are in our area. Hopefully, that is due to a lack of awareness that such a sport exists. With many nice shooting ranges in the area, it would be nice to see a few of the schools put teams together.

It is hard to argue with the safety record: No one has been injured participating in the clay target league. Show me another sport that can say that.

We have a few schools locally that participate in the National Archery in Schools Program. Perhaps we will see some interest in the clay target league.

The league provides countless resources for forming teams and continues to support them by offering training and resources for the coaches and participants. Again, all of this can be found at wiclaytarget.com.

Clay target shooting is not just for hunters either. I know many people who have no desire to hunt that absolutely fall in love with target shooting. It is a fun hobby that can be enjoyed by anyone of any skill level, and the camaraderie and team atmosphere is a blast as well.

A fun fact for those who do not want to participate: A portion of all ammunition and firearms sales goes towards funding conservation. The Pittman-Robertson Act makes hunters, shooters, and manufacturers the largest financial supporters of conservation and wildlife management throughout the U.S. For that reason alone, it makes sense to support and encourage safe and responsible participation in shooting sports at all levels.

Maybe you or someone you know is interested. If so, get to wiclaytarget.com and check it out.