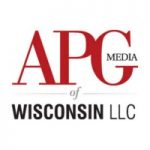 The Wisconsin State High School Clay Target League (WISHSCTL) is proud to announce that 816 student athletes are scheduled to participate in the 2017 State Tournament Saturday at the WTA Homegrounds in Rome, Wisconsin.

Student athletes representing 57 Wisconsin high school teams will compete for individual and team achievements in Novice, Junior Varsity and Varsity classifications at the tournament, which is held each year following the completion of the League’s spring season.

“The League continues to be the fastest-growing activity in Wisconsin schools.” said Jim Sable, Executive Director of the WISHSCTL, “Just three years ago there were only a handful of students participating in the State Tournament, now we’re over 800. It’s very exciting to see Wisconsin embrace the High School Clay Target League as it has.”

They were coached and supported by more than 300 volunteers.

The League is an independent provider of shooting sports as an extracurricular co-ed and adaptive activity for high schools and students in grades 6 through 12. The organization’s priorities are safety, fun, and marksmanship – in that order. Each student is required to pass a comprehensive firearm safety education course prior to participation.

Nationwide, more than 20,000 student athletes representing over 600 school-approved teams participated in the League during the 2016-17 school year.